The research area of metamaterials has captured the imagination of scientists and engineers over the past two decades by allowing unprecedented control of electromagnetic fields. The extreme manipulation of fields has been made possible by the fine spatial control and wide range of material properties that can be attained through subwavelength structuring. Research in this area has resulted in devices which overcome the diffraction limit, render objects invisible, and even break time reversal symmetry. It has also led to flattened and conformal optical systems and ultra-thin antennas. This seminar will identify recent advances in the growing area of metamaterials, with a focus on metasurfaces: two dimensional metamaterials. The talk will explain what they are, the promise they hold, and how these field-transforming surfaces are forcing the rethinking of electromagnetic/optical design.

Electromagnetic metasurfaces are finely patterned surfaces whose intricate patterns/textures dictate their electromagnetic properties. Conventional field-shaping devices, such as lenses in prescription eye glasses or a magnifying glass, require thickness (propagation length) to manipulate electromagnetic waves through interference. In contrast, metasurfaces manipulate electromagnetic waves across negligible thicknesses through surface interactions, by impressing abrupt phase and amplitude discontinuities onto a wavefront. The role of the visible (propagating) and invisible (evanescent) spectrum in establishing these discontinuities will be explained. In addition, it will be shown how metasurfaces allow the complete transformation of fields across a boundary, and how this unique property is driving a new generation of ultra-compact electromagnetic and optical devices with unparalleled field control. Metasurfaces will be described that exhibit various field tailoring capabilities including multiwavelength and multifunctional performances and extreme field shaping. In addition, metasurfaces with multi-input to multi-output capabilities will be presented that open new opportunities in adaptive and trainable designs. 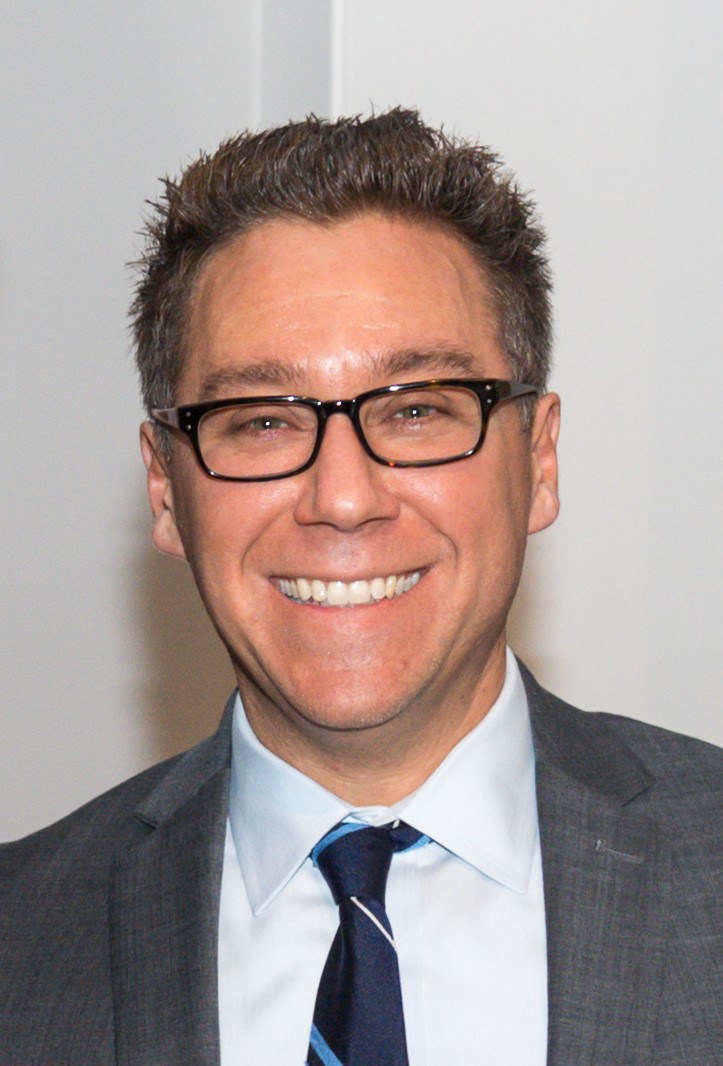 Anthony Grbic received the B.A.Sc., M.A.Sc., and Ph.D. degrees in electrical engineering from the University of Toronto, Canada, in 1998, 2000, and 2005, respectively. In 2006, he joined the Department of Electrical Engineering and Computer Science, University of Michigan, Ann Arbor, MI, USA, where he is currently a Professor. His research interests include engineered electromagnetic structures (metamaterials, metasurfaces, electromagnetic band-gap materials, frequency-selective surfaces), microwave circuits, antennas, plasmonics, wireless power transmission, and analytical electromagnetics/optics.

Anthony Grbic has made pioneering contributions to the theory and development of electromagnetic metamaterials and metasurfaces: finely textured, engineered electromagnetic structures/surfaces that offer unprecedented wavefront control. Dr. Grbic is a Fellow of the IEEE. He is currently an IEEE Microwave Theory and Techniques Society Distinguished Microwave Lecturer (2022-2025). He is also serving on the IEEE Antennas and Propagation Society (AP-S) Field Awards Committee and IEEE Fellow Selection Committee. From 2018 to 2021, he has served as a member of the Scientific Advisory Board, International Congress on Artificial Materials for Novel Wave Phenomena – Metamaterials. In addition, he has been Vice Chair of Technical Activities for the IEEE Antennas and Propagation Society, Chapter IV (Trident), IEEE Southeastern Michigan Section, from Sept. 2007 – 2021. From July 2010 to July 2015, he was Associate Editor for the rapid publication journal IEEE Antennas and Wireless Propagation Letters. Prof Grbic was Technical Program Co-Chair in 2012 and Topic Co-Chair in 2016 and 2017 for the IEEE International Symposium on Antennas and Propagation and USNC-URSI National Radio Science Meeting. Dr. Grbic was the recipient of AFOSR Young Investigator Award as well as NSF Faculty Early Career Development Award in 2008, the Presidential Early Career Award for Scientists and Engineers in January 2010. He also received an Outstanding Young Engineer Award from the IEEE Microwave Theory and Techniques Society, a Henry Russel Award from the University of Michigan, and a Booker Fellowship from the United States National Committee of the International Union of Radio Science in 2011. He was the inaugural recipient of the Ernest and Bettine Kuh Distinguished Faculty Scholar Award in the Department of Electrical and Computer Science, University of Michigan in 2012. In 2018, Prof. Anthony Grbic received a 2018 University of Michigan Faculty Recognition Award for outstanding achievement in scholarly research, excellence as a teacher, advisor and mentor, and distinguished service to the institution and profession. In 2021, he was selected as 1 of 5 finalists worldwide for the A.F. Harvey Engineering Research Prize, for his pioneering contributions to field of electromagnetic metamaterials. The A.F. Harvey Prize is the Institution of Engineering and Technology’s (IET’s) most valuable prize fund.

Reconfigurable filters are key components in the development of agile multi-standard receivers. The advent of innovative switched capacitor arrays and switch technologies based on semiconductor SOI, Micro-Electro-Mechanical Systems (MEMS) and Phase Change Material (PCM) technologies permits the development of a new generation of high linearity, low loss, and low power consumption tunable components. This talk starts by addressing the needs for using multi-band and tunable filters in wireless communication systems and in flexible satellite payloads. It then addresses existing tuning technologies, providing a comparison between piezoelectric, Semiconductor, MEMS and PCM tuning elements in terms of linearity, insertion loss, suitability for use at millimeter-wave frequencies and ease of integration with high-Q filters. It outlines major design considerations for tunable filters presenting techniques to realize tunable filters with an absolute constant absolute bandwidth and a constant frequency spacing between transmission zeros, over a wide tuning range. The talk also illustrates examples of tunable filters and diplexers tuned only a by single tuning element, while exhibiting a constant absolute bandwidth. It then addresses approaches for realizing multi-band filters including dual-band and triple-band filters. Finally, it presents techniques for realizing multi-band filters where the various bands are tunable in both center frequency and bandwidth. Very recent work on realizing reconfigurable acoustic filters is also presented.

Raafat Mansour is a Professor of Electrical and Computer Engineering at the University of Waterloo and holds Tier 1- Canada Research Chair (CRC) in Micro-Nano Integrated RF Systems. Prior to joining the University of Waterloo in January 2000, Dr. Mansour was with COM DEV Ltd, a global manufacturer of space hardware in Canada, over the period 1986-1999, where he held various technical and management positions in COM DEV’s Corporate R&D Department. Professor Mansour holds 42 US and Canadian patents and more than 400 refereed publications to his credit. He is a co-author of Wiley book on “Microwave Filters for Communication Systems, Fundamentals, Design and Applications,” and has also contributed 7 chapters to five other books. Professor Mansour is a Fellow of the IEEE, a Fellow of the Canadian Academy of Engineering (CAE), a Fellow of the Engineering Institute of Canada (EIC). He was the recipient of the 2014 Professional Engineers Ontario (PEO) Engineering Medal for Research and Development and the 2019 IEEE Canada A.G.L. McNaughton Gold Medal Award.

There is a growing interest in realization of highly-integrated radar transceivers operating at millimeter-wave (mm-wave) frequencies. The need for high-level integration is driven by the motivation for the products to be competitive on the market, this means implementing more features, offer high digital reconfigurability and enhanced RF functionality, consume a minimal chip area, dissipate less power and achieve a lower price. The trend in integrated mm-wave radar systems goes towards using increasingly higher operating frequencies. Frequencies above 100 GHz are very attractive for realizing multi-channel radar systems, due to possibility of module size reduction thanks to scaling of the antennas.

This talk focusses on system and circuit design considerations for highly-integrated radar transceivers in CMOS and SiGe HBT technologies. The speaker will first provide motivation for realization of radar sensors at mm-wave frequencies by showing the possible applications. Then, frequency band allocations for radar at mm-wave frequencies are discussed. Next, speaker will discuss system level consideration in detail and will present step-by-step system design steps for an integrated fast-chirp FMCW radar transceiver, such as level budget calculation, phase noise considerations, PLL linearity, design of the analog baseband. The system considerations will be systematically translated into specifications of circuit blocks (e.g. LNA, mixer, PA, VCO, analog baseband etc.) of the radar transceiver.

Additionally, digital modulation techniques such as phase-modulated continuous-wave (PMCW) will be discussed and a systematic comparison with FMCW will be given.

Next, technology-dependent considerations and challenges related to critical building blocks are discussed (e.g. phase noise, noise figure, operating frequency, routing density, digital baseband). Then, the speaker will present several design examples of integrated radar transceivers operating at V-band and D-band and will discuss the circuit architectures. The talk is rounded out by a vision on novel modulation techniques and trends in MIMO radar array realizations. 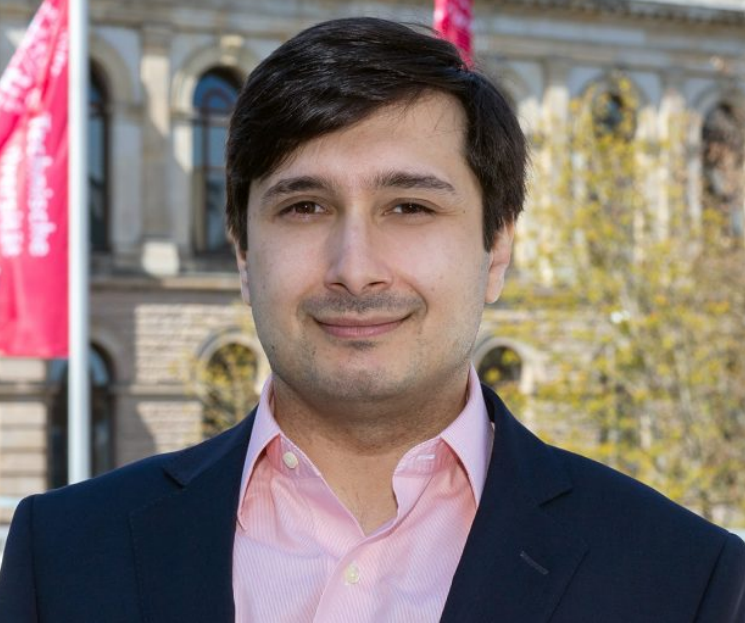 Vadim Issakov (Senior Member, IEEE) received the M.Sc. degree in microwave engineering from the Technical University of Munich, Munich, Germany, in 2006, and the Ph.D. degree (summa cum laude) from the University of Paderborn, Paderborn, Germany, in 2010.,In March 2010, he joined Infineon Technologies AG, Neubiberg, Germany. Afterward, he worked at imec, Leuven, Belgium, and Intel Corporation, before he came back to Infineon Technologies AG in August 2015 as an mm-wave Design Lead and Principal Engineer leading a research group working on predevelopment of millimeter-wave (mm-Wave) radar and communication products. Since 2014, he has been a Guest Lecturer with Ruhr-University Bochum, Bochum, Germany, and the University of Erlangen, Erlangen, Germany. In September 2019, he joined the University of Magdeburg, Magdeburg, Germany, as a Full Professor holding the Chair for Electronics. Since April 2021, he has been working as a Full Professor with Technische Universitat Braunschweig, Braunschweig, Germany. His research interests include mmWave circuits, RF systems, mm-Wave measurement techniques, and RF-ESD. He has authored or coauthored over 100 papers in international journals and conference proceedings and 11 patent applications and has published a book on mm-Wave circuits for radar applications.,Dr. Issakov received an award for the outstanding dissertation from the VDI/VDE in Germany and the Best Dissertation Award from the University of Paderborn. His work has been recognized by the IEEE MTT Outstanding Young Engineer Award

Quantum Computing: What Is It, How Does It Work, And What Are The Opportunities For Microwave Engineers?

Joseph Bardin received the PhD degree in electrical engineering from the California Institute of Technology in 2009. In 2010, he joined the department of Electrical and Computer Engineering at the University of Massachusetts Amherst, where he is currently a Full Professor. His research group currently focuses on low temperature integrated circuits with applications in radio astronomy and the quantum information sciences. In 2017, he joined the Google AI Quantum team as a visiting faculty researcher and, in addition to his university appointment, he currently serves as a research scientist with this team. Professor Bardin was a recipient of a 2011 DARPA Young Faculty Award, a 2014 NSF CAREER Award, a 2015 Office of Naval Research YIP Award, a 2016 UMass Amherst College of Engineering Barbara H. and Joseph I. Goldstein Outstanding Junior Faculty Award, a 2016 UMass Amherst Award for Outstanding Accomplishments in Research and Creative Activity, and a 2020 IEEE MTT-S Outstanding Young Engineer Award.