Advancements in algorithms and technology are driving use of artificial intelligence (AI)/machine learning (ML) in abundance in practical applications. At Radio Wireless Week (RWW) 2022 however, we will be focusing on how AI/ML techniques are becoming increasingly popular in RF/Microwave System Design and Signal Processing. Recognized experts from both academia and industry have been invited to present fresh ideas and new concepts to the curious minds. Mark your calendar, tell your friends, and join the YP session to learn about these emerging, exciting topics and opportunities that lie ahead.

Saibal Mukhopadhyay received a Ph.D. degree in electrical and computer engineering from Purdue University, West Lafayette, IN. He is currently a Joseph M. Pettit Professor with the School of Electrical and Computer Engineering, Georgia Institute of Technology, Atlanta. His research interests include design of energy-efficient, intelligent, and secure systems. His research explores a cross-cutting approach to design spanning algorithm, architecture, circuits, and emerging technologies.

Dr. Mukhopadhyay was a recipient of the Office of Naval Research Young Investigator Award in 2012, the National Science Foundation CAREER Award in 2011, the IBM Faculty Partnership Award in 2009 and 2010, the SRC Inventor Recognition Award in 2008, the SRC Technical Excellence Award in 2005, the IBM PhD Fellowship Award for years 2004 to 2005. He has received IEEE Transactions on VLSI Best Paper Award (2014), IEEE Transactions on Component, Packaging, and Manufacturing Technology Best Paper Award (2014), and multiple best paper awards in International Symposium on Low-power Electronics and Design (2014, 2015, and 2016). He has authored or co-authored over 250 papers in refereed journals and conferences, and holds five U.S. patents. Dr. Mukhopadhyay is a Fellow of IEEE. 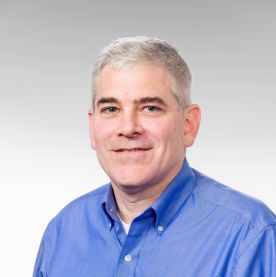 Rick Gentile works at MathWorks where he is focused on tools that support radar, EW, and wireless communications applications. Prior to joining MathWorks, Rick was a Radar Systems Engineer at MITRE and MIT Lincoln Laboratory, where he worked on the development of many large radar systems. His focus was on signal processing and system integration. Rick also was a DSP Applications Engineer at Analog Devices where he led embedded processor and system level architecture definitions for high performance signal processing systems. He received a B.S. in Electrical and Computer Engineering from the University of Massachusetts, Amherst and an M.S. in Electrical and Computer Engineering from Northeastern University, where his focus areas of study included Microwave Engineering, Communications and Signal Processing.

Ushemadzoro Chipengo received his B.S. degree in electrical engineering from the University of Nicosia, Cyprus in 2013. He received his MSc. and Ph.D. in electrical engineering from The Ohio State University in 2017. With a focus on electromagnetics, he has conducted research on slow wave structures for high power microwave sources, antennas, microwave circuits and computational electromagnetics. 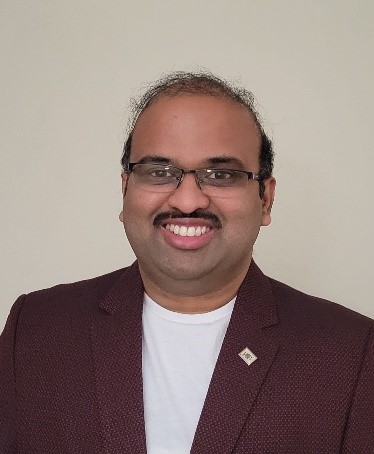 Srinivas Yerramalli (Member, IEEE) received the B.Tech. degree from the International Institute of Information Technology, Hyderabad (IIIT-H), India, in 2007, and the M.S. and Ph.D. degrees from the University of Southern California, Los Angeles, CA, USA, in 2013. He has been working at Qualcomm Wireless Research and Development (WRD), San Diego, USA and Bengaluru, India. He worked on the system design and standardization of 4G-LTE and 5G-NR systems with a focus on operation in shared and unlicensed spectrum.

He was a 3GPP RAN1 delegate for the standardization of Rel-13 and Rel-14 licensed assisted access (LAA) and Radio Working Group standards delegate for MulteFire Release 1.1. He currently leads the precise indoor positioning algorithms design and prototyping effort which aims to utilize data driven machine learning methods to achieve cm-level positioning accuracy benefiting various applications from industrial automation to mixed reality. He also participates in the 3GPP standardization effort for Rel-17 and Rel-18 positioning topics. His research interests also include exploring the use of ML for optimizing wireless networks, RF sensing, joint sensing and communication methods, end-to-end data driven communication systems and selected topics for beyond 5G and 6G systems.